• Number of samples received from Clinicians of various hospitals in India.

The 2012 version of the much-loved “Fun-weekends” conducted annually by MDCRC, called ‘Conquer Duchenne’ was a spectacular occasion especially for the children. ‘Conquer Duchenne 2012’ was a two-day event organized aimed to re- emphasise MDCRC’S holistic approach to handle and end Duchenne. The focus of this event was the integrated approach required to address such orphan disorders where affected children, families, care givers, scientists, clinicins, paramedics, policy makers and public were brought together. There were special sessions organized for parents, Care-givers, Physiotherapists and Students.

The event was conducted at Black Thunder resort Mettupalayam, Coimbatore, on 22nd and 23rd January 2012.

Goal 3. Networking and representing in National and International forum:

Dr. B.R.Lakshmi participated in various International Conferences held in 2011 to establish new contacts and to network with the International Organization to understand the current scenario of the disorder & recent upcoming research in the area of work. These International forums provide platform for tomorrow’s collaborative efforts and research towards the affected community.

International Conferences attended are listed below:

• B.R.Lakshmi participated in the US Conference on Rare Diseases and Orphan Products, Washington, DC, USA conducted by DIA, USA, held on 11th to 13th October 2011.

The DNA bio-bank is organized well and basically coded in the system to pick out the DNA required at any point of time.  The existing Biobank consists of totally 2500 DNA samples, of which 1500 were DMD proband samples and in that around 1000 are of confirmed DMD cases. The rest of the total comprise of DMD Carriers (500 Cases) and other Muscular Dystrophy around 1000 cases. 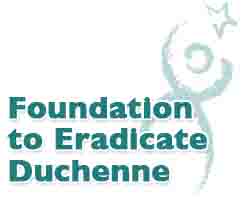