We at MDCRC celebrated the occasion of Diwali. The team members lit a lamp marking good health, happiness and prosperity. Mrs. Mohana Sundari, Managing Director, Sharp Industries, Coimbatore joined the team for the celebration. She wished all of them a grand success in all the endeavors. Sweets and lamps were distributed after a small prayer for the children, volunteers and the team members. It was indeed a memorable evening!!!!!!!!! 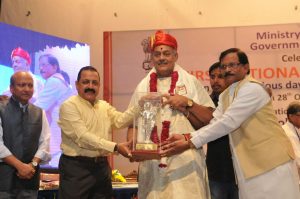 As per Global recommendations, the best management of DMD requires a multidisciplinary approach with complete professional care. We conducted Multidisciplinary Care camps on 20th & 27th October 2016 for Children affected with Duchenne Muscular Dystrophy. Initially consent forms were obtained from the parents of the Duchenne kids for participating in this MD Care programme which was followed by a registration by the parents. Totally 19 children participated in these sessions which were started by Investigations including Blood, ECG, ECHO, X-ray and PFT (spirometry). This was followed by Clinical Evaluation done by specialists such as Neurologist, Cardiologist, Paediatrician, Physiatrist, Gastroenterologist, Ayurvedic physician and Physiotherapist. The disease progression is then consolidated.

World Duchenne Awareness Day was celebrated in Jenny’s club lawn on 10th of September, 2016, for the convenience of the children as 7th September was a working day. Thirty two children were expected and out of which 29 had turned out. The chief guests were Miss. Sree Priya from Trichy, Mr. Raja Krishnamoorthy from Chennai and Dr. K.C. Ramaswami from Kurinji Hospital, Coimbatore. Children assembled around 3:00 pm and they were provided with refreshments. Then they started decorating their cars for the race. The parents, children, volunteers and the team members were given a chit of paper in which they were asked to write a prayer for the children, which was then collected back.

The function started with a prayer song by Dr. Vishalakshi. Dr. B.R. Lakshmi, then addressed the children and the parents emphasizing the importance of Duchenne Awareness day and then introduced the guests. Balloons with the prayer notes were then flown to sky by Mr. Raja Krishnamoorthy and Miss. Sree Priya. The children were then entertained with Juggling by Mr. Magic Maha. An artist resembling the actor Vadivelu then entertained the children which the kids thoroughly enjoyed. Then the children were taken to the back stage to get ready with their new T-shirts for the car race. Meanwhile, Ms. Priya talked to the parents about the children’s need and what they expect. She pointed out that the children never expect any sympathy from them and that they would actually want to lead a normal life.

The little heroes were then dressed up smart and were marched towards the ramp. The car race was flagged off by Mr. Raja Krishnamoorthy who then enthusiastically cheered up the kids. A small game was organized for the mothers after which they were provided with snacks. Mr. Magic Maha then entertained the kids with a toy dance and a magic show. Beautifully sculpted balloons were then given to each child and a portrait of children was also made by the artists. Dr. B.R. Lakshmi introduced the team to the parents and the guests and later, medals, trophies and prizes were distributed for the winners. Return gifts were then issued for the children while returning back to home.

This year we celebrated International day of Yoga on 21st June 2016. The venue was Kurinji Hospital lobby. We had invited the corporation commissioner of Coimbatore, Mr. Vijay karthikeyan as the Chief guest. Dr. K.C Ramaswami, The Chairman of Kurinji Hospital felicitated the gathering. Mrs. J. Mohanasundari, the Managing Director of Sharp industries made her gracious presence for the occasion. Mr. V. Rajagopalan , yoga master of our MDCRC enlightened the gathering on Yoga.

The occasion started by 10 a.m with the prayer song by Mr. Raghav. The Prayer song was preceded by the Lamp lighting ceremony.

The Director and Managing trustee of MDCRC, Dr.B.R.Lakshmi gave a warm welcome to the gathering and spoke about the importance of Yoga in the context of Duchenne. She said that Last year, MDCRC made a beginning to yoga by celebrating 1st International yoga day. This year it has evolved to plan a yoga curriculum for the children. She emphasized on the benefits of yoga in our DMD children and their mothers after the regular daily practice of yoga. She also added the feedback by the MDCRC staff on the wonderful benefits of yoga. She said “We, at our new model rehab centre for DMD apart from regular physiotherapy, also integrate ‘Yoga’ with the rehab management. It is mainly that yoga and its benefits are holistic and it addresses the respiratory health in an extra ordinary way. Pranayama, Kapalapathi and Bhastrika are very helpful to maintain good lung function.”

Also she said “We believe yoga will contribute towards good breathing practices and help in improvement of basic gait and respiratory function. We have specially planned exercises and yoga sessions for parents and children to enable them to cope better.”

Then our Yoga master Mr.Rajagopalan gave an introduction on benefits of Yoga. After that Master. Yashwanth demonstrated Soorya namaskaaram followed by the mothers who did some yoga asanas. Following this, our staff members of MDCRC demonstrated yoga to the gathering. Then our chief guest Mr. Vijay karthikeyan, Mrs. Mohanasundari and Dr. K.C. Ramaswami addressed the gathering. Dr. Shalini, our team member gave the vote of Thanks followed by national anthem.

The exhibition commenced on 10th of June, 2016 and lasted till 25th of June, 2016 including all Saturdays and Sundays. DMD Posters and pamphlets were distributed for the stall visitors. There were several schools who had visited and the posters were given to their respective staff in-charge to be displayed in their school bulletin board.

The inaugural function was held on Friday, the 24th June 2016 and was presided over by the Health minister, Dr. Vijaya Bhaskar along with the Collector of Coimbatore and other government officials. The rejoinder from the public was overwhelming. We were able to identify and get contact details of few children with DMD. The college students in general, were very much geared up to serve as a volunteer.